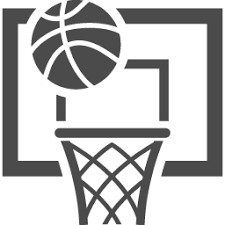 By Ed Odeven
TOKYO (Sept. 1, 2019) — It’s the opening weekend of the FIBA World Cup, with 32 national basketball teams representing the hopes and dreams and interests of fans from all corners of the globe.

It was a smart decision to expanded the global tournament from 24 to 32 teams for this year’s extravaganza.

The drama of qualifiers became better. The chances of reaching the World Cup became greater — or possible — for many more teams.

In essence, the competition has improved.

It’s a better showcase for the world’s second-most popular team sport, which is on display now in China.

The Olympic basketball tournament, on the other hand, is stale. It’s a scaled-down version of the FIBA World Cup, which was formerly called the FIBA World Championship until 2010.

Twelve teams represent a glorified invitational. The extensive growth of the sport over the past few decades, however, should be celebrated on a greater scale in the Olympics, where the biggest collection of journalists gather to document and broadcast stories of every imaginable angle to the world.

Consider: 108 international players from 42 nations and territories were on opening-day rosters to tip off the 2018-19 NBA season.

Many more of these players ought to be competing in the Olympics.

There’s a simple solution: Expand the Olympic tournament to 20 or 24 nations. It won’t overshadow the 32-nation FIBA World Cup. Instead, it will excite more fans and retain interest in national teams, players and games during both tournaments and during the in-between periods.

Note: Popping Off commentaries will be featured on this site from time to time to explore issues related to the world of sports.