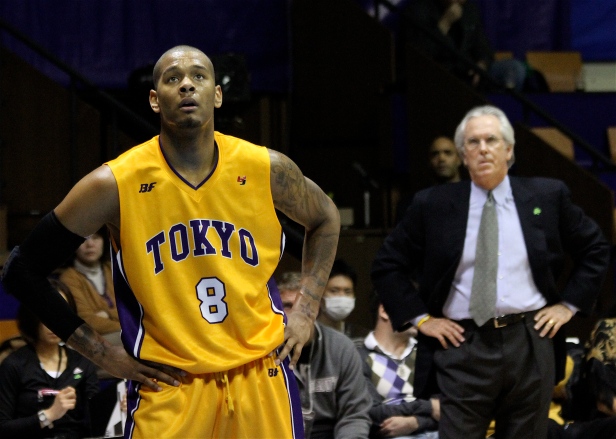 By Ed Odeven
(April 10, 2016) — The Tokyo Apache made great strides under then-head coach Bob Hill in the days and weeks before the Great East Japan Earthquake on March 11, 2011. The bj-league (Basketball Japan League) team, built to win a championship, never finished the season … and folded that summer.

Five years later, Hill, his son, assistant coach Casey Hill, and others on the team reflect on that season.

Part one of a three-part column series: http://www.japantimes.co.jp/sports/2016/04/09/basketball/bj-league/former-apache-team-members-staff-reflect-fateful-2010-11-season/