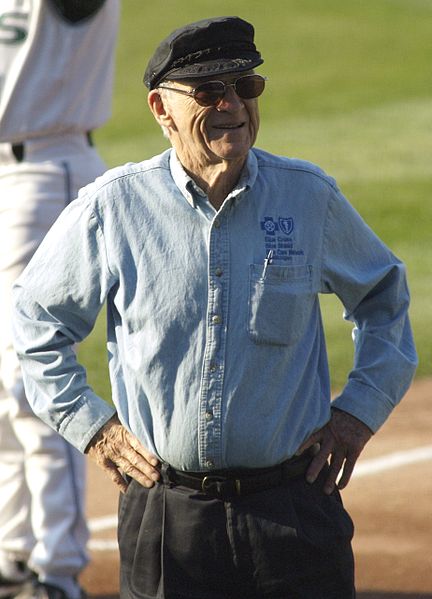 After a one-on-one, 30-minute dugout chat with announcer Ernie Harwell, before a Diamondbacks-Tigers game, my column appeared in the Arizona Daily Sun on June 17, 2002.

Harwell, and a little history

None of those legendary announcers has matched the longevity of Mr. Harwell, who’s now in his 55th season of broadcasting Major League Baseball games. That’s right 55 years.